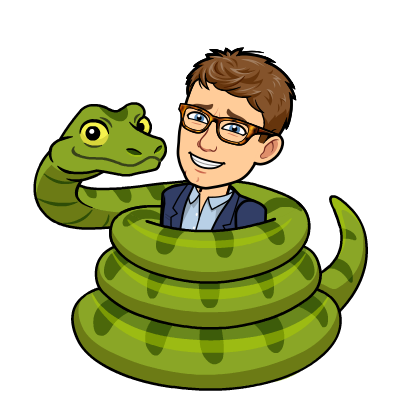 In the Beginning, the snake tricks Adam and Eve into eating the forbidden fruit.

Now the serpent was more crafty than any of the wild animals the Lord God had made. He said to the woman, “Did God really say, ‘You must not eat from any tree in the garden’?” Genesis 3:1

To people who have spent their lives in and around Evangelicalism.

The present form is unrecognizable and even un-Christian.

The Bible story was about the poor and forgotten, not the wealthiest 1%.

In the 1980s, the Religious Right took hold of the Evangelical Church.

Since the Evangelical Church moved steadily away from the Bible.

Evangelicalism has become a political tribe.

The Jesus Story is the most striking difference between Evangelicalism and the Bible.

MAGA (Make America Great Again) is the antithesis of the Bible.

Neoconservative and Evangelical values are interchangeable.

There are 6 verses in the Bible about homosexuality and over 2000 about taking care of the poor.

Which verses do Evangelicals focus on? The 6!

Yet, someone’s view on LGBTQ sexuality became a litmus test of whether you are a Christian or snake in the grass.

Not once does Jesus mention anything about LGBTQ people.

Jesus was a refugee not welcome in his hometown of Nazareth.

“When a foreigner resides among you in your land, do not mistreat them. The foreigner residing among you must be treated as your native-born. Love them as yourself, for you were foreigners in Egypt. I am the Lord your God.” Leviticus 19:33-34

Examples include the Muslim ban, deporting illegal immigrants, and the dreamers.

At the intersection of neoconservatism and evangelicalism is the gutting of social programs.

Taking “personal responsibility” for your poverty and retirement.

How can a person save for retirement when on food stamps with a full-time job?

They cannot make their bills while working.

How could they ever retire?

The academic community proved poverty is not about personal responsibility.

It is about a rigged system for the 1%.

Trickledown economics is a reverse waterfall of wealth to the rich.

But, has Graham ever read the Parable of the Good Samaritan?

Does Graham not realize there are poor people all around him?

Graham wants to send shoeboxes and refugees back to Africa!

Forget about the fact, most immigrants under the Temporary Protected Status (TPS) program would be jailed or killed if sent back to their birth countries.

Many TPS refugees have been in the USA for more than a decade and employed with families.

Let us rip them from America and send them back.

Immigrants are nothing but a scapegoat for Trump to blame someone other than the multinational corporations for society’s problems.

Remember that story about Jesus healing the blind man after verifying his health insurance?

Jesus healed the sick for free.

The attendees stood up and cheered when Tony Perkins talked about repealing Obamacare, which is the closest thing to public healthcare in America.

How rich white folks (who comprised over 90% of attendees) stand up and cheer about taking away people’s healthcare is beyond the pale.

The Southern Poverty Center classifies the FRC as a hate group.

The Protestant Work Ethic theory is a fallacy.

Nothing in the Bible infers Christians work any harder than non-Christians.

The owner in the Laborers in the Vineyard Parable (Matt 20:1-16) paid the workers the same pay regardless of how long they worked.

There is no empirical evidence of Christians working harder.

Liberty infers the “Freedoms” Americans talk about from the tyranny of government oversight.

Those dreaded Commies and Socialists who need murdering across the globe.

So, capitalism can destroy the planet for the few.

To neutralize a snake, charm it into a basket.

Once in the basket, the snake can no longer spew its venom.

Putting Graham, Falwell Jr, Robertson, and Perkins in a closed basket would be a good start to save humanity!

Processing…
Success! You're on the list.
Whoops! There was an error and we couldn't process your subscription. Please reload the page and try again.